How do septic systems for residential houses work? 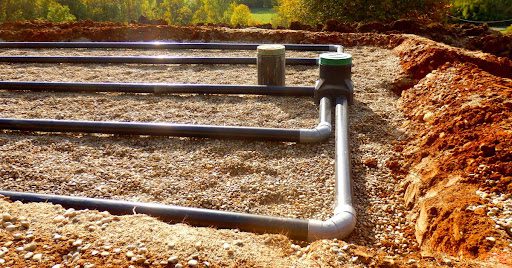 Menu
GET A FREE QUOTE

A well-designed and efficient sewer system manages the waste in major cities, towns, and other urban areas. In these areas, the waste is pumped through pipes and out to a sewage treatment plant every time a toilet is flushed or water goes down a drain. The plant treats and separates the waste and the water. Once the water is treated and is safe and clean, it is discharged into rivers and lakes to be reused. The residual waste that is separated out gets landfilled or is occasionally used as fertilizer.

The first sewer systems in the United States were built in the late 1850s in Chicago and Brooklyn. Worcester, Massachusetts, installed the first sewage treatment plant using chemicals in 1890. Ever since that time, most urban areas have safely and effectively dealt with liquid and solid waste.

While sewer systems and treatment plants have been providing solutions to cities and urban areas for many years, there are places throughout the U.S. that don’t have access to these facilities. In rural areas that are located away from major cities or townships, home builders and homeowners have to rely on septic systems. In areas where there aren’t sewage treatment plants, individual septic systems do largely the same thing on a smaller scale. At a home with an underground system, the wastewater leaves the house and empties into a tank that is usually several feet from the house to begin the treatment process.

A well-maintained septic system can be trouble-free and is usually an element that homeowners don’t have to think about. However, when something does go wrong, it can create a costly mess. As a result, many homeowners opt to have their systems covered under a home warranty like the ones offered by AFC Home Club. In general, septic pumps can last for a long time, but when they fail, they can be costly to repair.

Maintaining a healthy system isn’t an expensive or time-consuming task. Unfortunately, many homeowners don’t understand how their system works or how to care for it. Let’s take a closer look at home septic systems and try to take some of the mystery out of these essential systems.

What are septic systems, and how do they work?

A typical septic system consists of two parts that include a tank and a drain field. Septic tanks are made from concrete or heavyweight plastic and usually have the capacity to hold 1,000 to 2,000 gallons. The tank is buried underground several feet from the house and is watertight. The drain field is buried in a bed of gravel even farther from the house and includes a series of pipes with perforated irrigation holes connected to the tank. The drain field allows wastewater to exit the septic tank and be discharged into the ground.

Inside the septic tank, there are two chambers separated by a half wall. When waste flows from the house, it is deposited into the larger chamber. The solid material will settle to the bottom of the chamber and allow the liquids to go over the partial wall into the smaller chamber. At this point, naturally occurring anaerobic bacteria goes to work on the solid waste and breaks it down into water, carbon dioxide, and smaller portions of indigestible material.

The area around the drain field pipes is known as the leach field and serves a role in the second step of the treatment process. The effluent drains into the gravel bed surrounding the perforated pipes. The gravel serves as a natural filter to help clean the water further. As the effluent percolates into the ground, the bacteria in the soil finish the treatment process by breaking down any remaining contaminants. Once the water reaches the aquifer deep underground, the water is pure enough to drink.

The drain field is usually buried about a foot or two under the surface to keep the effluent away from people and pets. However, the shallow depth allows for a significant amount of water to escape through evaporation or be transpired by grass growing above. Typically, your septic field requires the right type of soil that isn’t too sandy. Before a drain field can be properly installed, the soil must be tested to ensure that the effluent can be absorbed properly. If the soil tests reveal an issue, several things, such as soil evacuation or mounded systems, are used to create the right environment for the effective and safe treatment and discharge of wastewater.

How can you treat your septic tank?

In general, septic tanks require very little maintenance. For the most part, homeowners need to keep the grass mowed above the drainage area and ensure that the field is clear of any trees or bushes with roots that can damage the pipes. Aside from this, the best thing that you can do to maintain your septic system is to be mindful of what you flush down the toilets. Remember that a system relies on bacteria to break things down. If you are flushing items down the toilets that are difficult to break down, you could create a backup within your system and create an expensive issue to correct.

In general, you should never flush household items like cooking oil, baby wipes, make-up removal wipes, diapers, feminine hygiene products, cat litter, cigarettes, pharmaceuticals, paint, or paint thinner down the toilet. Many experts even warm against flushing paper towels into your system. You need to be mindful of what you flush down the toilet and ensure that only toilet paper and human waste enter your septic system. Additionally, pouring toxins down the drain and into your system could kill the organisms in your system that work to digest and treat the waste. Without the presence of productive bacteria, your system will back up quickly and create issues.

Aside from being mindful of what you are putting into your system, many homeowners have their septic tanks pumped out regularly to remove the sludge and scum that could result in a backup. A septic tank that was properly designed and installed will only require occasional pumping. Septic tank pumping is a preventative measure intended to remove everything from the system.

You might also consider installing an effluent filter in your septic system. This is a completely optional device but could help prevent solids from exiting the septic tank if you are worried about a clogged field. Additionally, you can have your septic system regularly inspected to ensure that everything is working correctly. An initial thorough inspection by a professional will cost around $300 or more, but annual follow-up inspections should be less than $100.

A complete inspection will evaluate the health of your entire system and provide insights on any further action that may be needed. A professional can also tell you if your tank could benefit from additional bacteria with septic system additives such as RID-X.

How often do you need to have your tank pumped out? 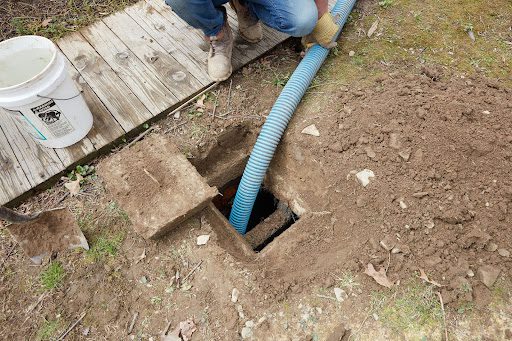 While many people have their septic tanks pumped out annually, most experts agree that you can have this done every two to three years. The biggest considerations for frequency are the size of your tank and the amount of waste that is processed through the system. Newer septic tanks have manhole access at the surface for the pump operator to gain entry. However, older systems could require that the tank be dug up to expose the access hatch.

While your septic system could probably go for much longer than three years without being pumped out, you will run the risk of a system backup. Without regular pumping, the tank could fill with solids that could eventually reach the leach field and create a clog. If this happens, untreated effluent will make its way to the surface of the tank and could back up into your house. Additionally, a severe backup could damage your system and jeopardize the entire field. Regularly pumping your septic tank could prevent your leach field from malfunctioning and keep your system running indefinitely.

What if your septic tank fails?

As with any mechanical system, parts can wear out, and eventually, issues will arise. Pumps in the septic system will eventually fail. Fortunately, most septic tanks that have a pump are also equipped with an alarm that alerts you if the effluent level is higher than it should be. If this occurs, your pump has probably failed, and a system backup is inevitable. If you find yourself in this situation, you must contact a professional as soon as possible to prevent further damage.

What are some common concerns people have with systems?

There are many misunderstandings and even myths about septic systems that can create some confusion. Often, these ideas and misconceptions about systems can deter homebuyers from properties that have them. Many people assume that these systems often fail, that they can contaminate the groundwater, or that they emit unpleasant odors. Many of these ideas, however, are not true.

Do systems routinely fail? The truth is that many systems are reliable and very rarely fail. With good maintenance, a system can last for 40 years or more. It is important to have your tank pumped regularly and ensure that nothing harmful is flushed down the toilets.

Can a septic field contaminate your well? If a system is installed correctly and well-maintained, it will not influence your well or groundwater. A system is required to be at least 50 feet from a well to help ensure the separation of wastewater from drinking water.

Do septic systems smell bad? A properly maintained septic system will not emit any foul odors. Just like with a public sewer system, once waste leaves the home, there shouldn’t be any traces of smell. If you notice a bad odor coming from your drains or around your outside system, there is probably a problem.

How can a home warranty protect your septic system?

If you experience problems with your septic system, a home warranty can help cover the costs of repairs. Septic coverage will usually take care of issues related to septic pump components and parts that malfunction as a result of normal wear and tear. Your system will also be covered for any electrical or mechanical breakdowns. With AFC Home Club, you have the choice of four affordable plans that offer coverage across a wide range of systems and home appliances.

With any of our plans, you have the option of adding additional coverage to protect your septic components. More than just a home warranty company, AFC Home Club offers one of the longest work guarantees in the industry, a 24/7 in-house service team, guaranteed rates, and additional savings on other products. Call AFC Home Club today to take advantage of our membership options.